Getting at the heart of a heady conflict

In another lifetime, I was a budding talking head.

I arrived in Washington, DC, as an undergrad with the intention of studying political communications. But one boring “History of Journalism” class later I switched to archaeology. And one boring “Introduction to Archaeology” class after that I switched to international politics. It was in politics I stayed – mostly because I’m a rule follower, and the rule was you needed to choose a major by sophomore year.

The placement suited me, though, since the summer before I had traveled to Israel for the first time on a program organized by what was then ZOA/Masada and returned home armed with a love of Israel and firm ideas about how to keep her safe.

I wrote a term paper freshman year — practically copied straight from the 8 x 10 black paperback handbook I had received on my Israel trip — on why it was imperative that Israel never give up any of the West Bank. (I think I may have even used exclamation points in the title.) My TA, who would later go on to become a founding member of MEMRI, gave me an A+.

The following year, I landed a highly sought-after public affairs internship at the Embassy of Israel. This was in 1993, probably one of the most exciting times to be working at the Embassy of Israel, in the days leading up to Oslo and handshakes on the White House lawn. As I painfully tried to translate newspaper articles fresh off the fax machines, I reconsidered my stance on Arab-Israel relations. I started reading Amos Oz.

In my senior year of college, I applied for and got a research internship at the Washington Institute for Near East Policy, a think tank where one of my professors was working at the time, and an organization which was, at the time, generally regarded as a melting pot of opinion. But when my more right-leaning professor left the Washington Institute to head up a very right-leaning think tank, I left with him. I liked him better than the institute and this time, more important, I was offered a paying job, as an executive assistant. My ticket to adult freedom was only a few blocks away.

In this position, I was lucky enough to both observe history in the making, and not have my name attached to it. I proofread and formatted a very famous paper, written by brilliant lovers of Israel who would later become key decision-makers in a Republican government. I knew these “neocons” as real people, not as “foreign policy hard-liners” or strategists. These individuals were my professional mentors — no matter what their position was on Israel or Iraq or Iran — and they encouraged me to continue in the field, to go back to get a higher degree, to educate myself, and to be part of the continuing dialogue.

I didn’t, though. I quit before I even started. Only a handful of internships and two jobs into it, I was already frustrated, exhausted, and uninterested in working in a career where I couldn’t see the light at the end of the tunnel. As a thinker and a writer, I love dialogue. But I couldn’t see how we were ever going to solve the conflict with just dialogue. Educate, perhaps. Enlighten, maybe. But to solve this thing, we would need action. And I wasn’t convinced that either side would ever be interested in acting. In the summer of 1997, I left Washington, moved to New York, and started a career in publishing.

It’s only now, almost 15 years later, that I understand that my experience in DC at that time was not just educational, but truly formative as it relates to my stance on Israel. Accidentally, I became a centrist. And more specially, it was then I decided I preferred to be an observer of the region rather than a policy maker. A student of human relations rather than international relations.

Two days ago, I sat in an auditorium in Jerusalem with a thousand other attendees of the 2012 Israeli Presidential Conference, all passionate in one way or another about Israel. The strength of their convictions alone could fill the room. The energy was uplifting, but a voice nagged in the back of my head. “Words, words, words…” it said.

As the conference continued, I sat and listened to well-renowned, content producing opinion makers debate whether Americans have the right to interfere in Israel’s national security policies (applause!) or whether Israel alone knows what’s best for herself (applause!). During the few politically inspired panels I sat in I thought to myself, “Have I traveled back in time? Either it’s 1997 or these guys have been talking in circles for the last 15 years.”

In all the political back and forth during the conference — back and forth that often felt more back than forth — two people I heard made me feel grounded in 2012: Peter Beinart, author of The Crisis of Zionism, and Ayaan Hirsu-Ali, a fellow at the American Enterprise Institute and the writer of Submission, a film about the oppression of women in conservative Islamic cultures.

It wasn’t their forward thinking strategies or their bright visions for the future that captured my attention. In fact, each of them possesses potentially dark visions of the future. Futures in which Israel may not exist, or in which our children are still carrying on the same back and forth we carry on today (as long as we avoid a nuclear war with Iran and survive the end of the Mayan calendar).

It was because when they spoke, they moved me. 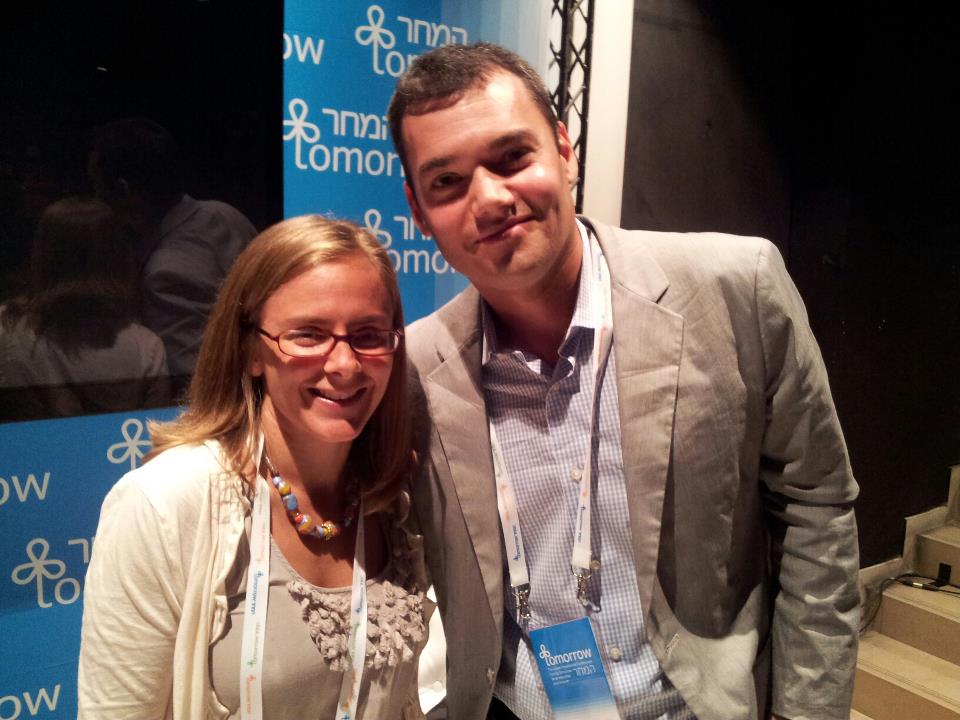 I felt the heart inside his and her words. I felt their love for humanity, their hopes for our children, and their desire to see change in our time, or at least in our children’s time. I didn’t hear talking heads when I sat in front of them. I heard human beings.

And while, admittedly, my experience at the conference was limited to a handful of panels and speakers, and my reasoning was based not on critical thinking, but on feeling, I move forward today, post-conference, with a firm belief that was planted almost 15 years ago.

It’s we, the students of human relations — not international relations — who will one day help guide this region to a solution. Humans, through their need for one another and their true, deep desire to connect and to love — not just survive — are the only true hope for peace.

My husband and I are growing passionfruit in our backyard in northern Israel. Passionfruit vines are known for their strength and their ability to grab hold of and flourish on fences. They’re stubborn plants, but susceptible to the blustery afternoon wind we get from the west.

We planted four next to our fence, but only one survived. For a time, I couldn’t understand how this one made it while the others didn’t. We watered them the same. They receive the same amount of sun and shade, and presumably the same quality of soil.

But one day, I saw peeking through our neighbors fence another passionfruit vine. Slowly but surely this vine has extended itself toward ours, and our vine reaches for it. One day soon they will connect – without any help from me. Why? Because they want to. One dared to reach across the fence.

Time passes slowly as I wait patiently for their two hands to grab hold of one another. Good days and bad days pass. My children grow. The weather changes. World opinion shifts.

But it’s coming. My heart tells me so. 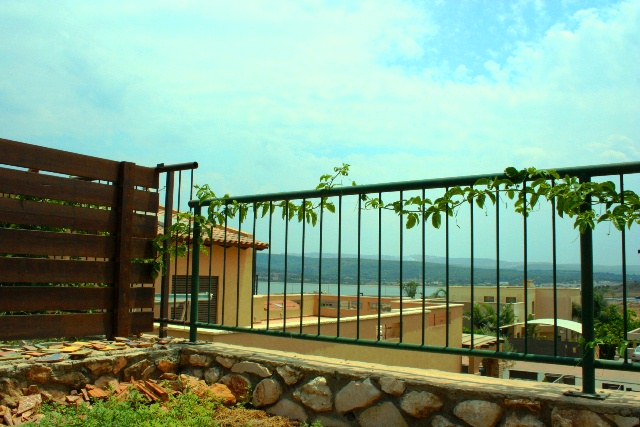 (This was originally posted on The Times of Israel.)

My professional life in the field of dreams began with a strange dream. To be more specific, it began as a result of a strange…

What Your Dreams Require Of You

I am of the opinion that most humans require more than food, water, and sleep to survive and thrive. We also need witnessing, listening, loving…
Scroll Up