Hours ago I was at the computer giggling, putting the finishing touches on a post explaining why I want to be like comedienne Sarah Silverman.

I was feeling very bold and brave as I pressed “publish;” even daring with my mind anonymous internet lunatics to post crazy biblically-inspired apocalyptic remarks in the comments section.

This was going to be fun.

Agitated a bit by the screaming headlines on the Times of Israel home page about the unrest in Syria, I secretly hoped the news would drive more traffic to my latest post, featured as a “Top Op” a few scrolls down. I know that makes me sound like an insensitive bitch. I’m not. I suffer over how helpless I feel about the situation in Syria. But the headlines were about bad guys being killed. It allowed me to embrace the numb.

But for different reasons.

My “top op” seems so frivolous now in comparison to the tragic news coming from Bulgaria, where three Israeli tourist buses were apparently targeted in a terrorist attack this afternoon.

Hours ago I was feeling clever, confident… and now

I feel sick to my stomach.

If you had told me a year ago or two I would feel this way following a planned attack on Israelis travelling abroad, I’m not sure I would have believed you.

When I read the news an hour ago, I didn’t feel the same type of  composed sympathy I used to feel when I read about horrific terrorist attacks in Israel before I made Aliyah. Back then, when I worked at the Jewish newspaper for instance, and we would get word from JTA that something terrible happened to Israelis (like the 2002 Passover massacre in Netanya), I would sigh with sadness and I’d shudder over the list of names.

But I wasn’t scared. I didn’t have that sensation that I just barely missed something terrible happening to someone I love.

The way you do when you narrowly miss the car accident on the highway. Like it could’ve been you.

In April, my husband and I purchased one of those package vacation deals. If you’ve been to Israel, you may know what I’m talking about. It’s really easy to get a great last minute deal to other Mediterranean countries — Greece, Cyprus, and formerly, Turkey. Since relations with Turkey have soured in recent months, Israelis have been going to Bulgaria instead. In fact, one of my coworkers was there last summer and another has a vacation planned for this summer.

To be honest, I don’t know if he was on that flight. I really don’t know. I didn’t see him at the office today.

When I saw the headline, I felt in my gut like I narrowly missed a personal tragedy.

And yet, that somehow the tragedy still belongs to me.

When I saw the headline, I felt Israeli. 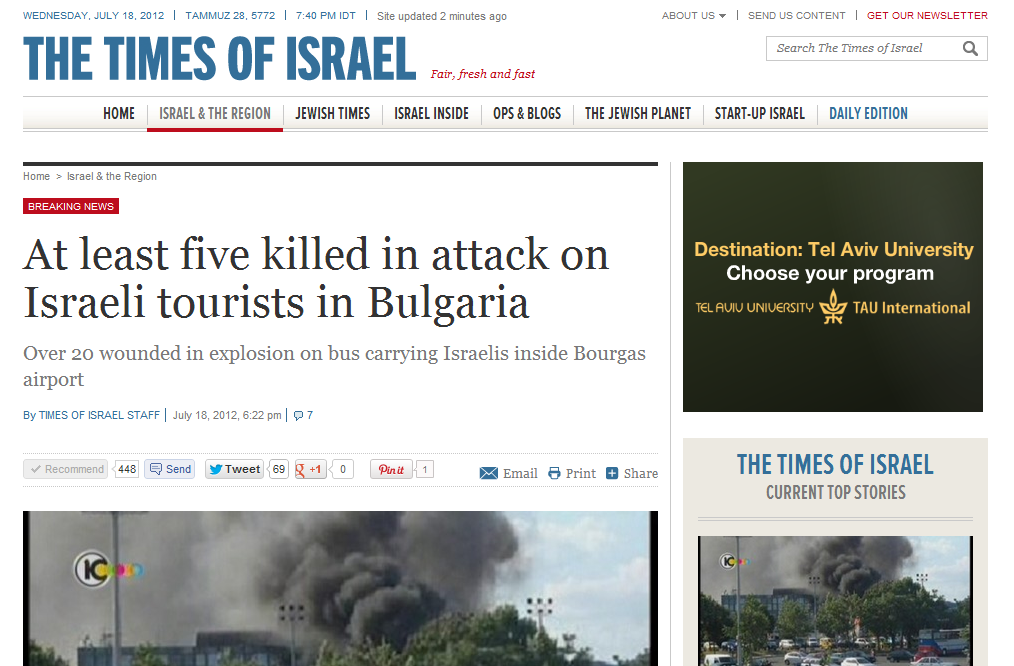